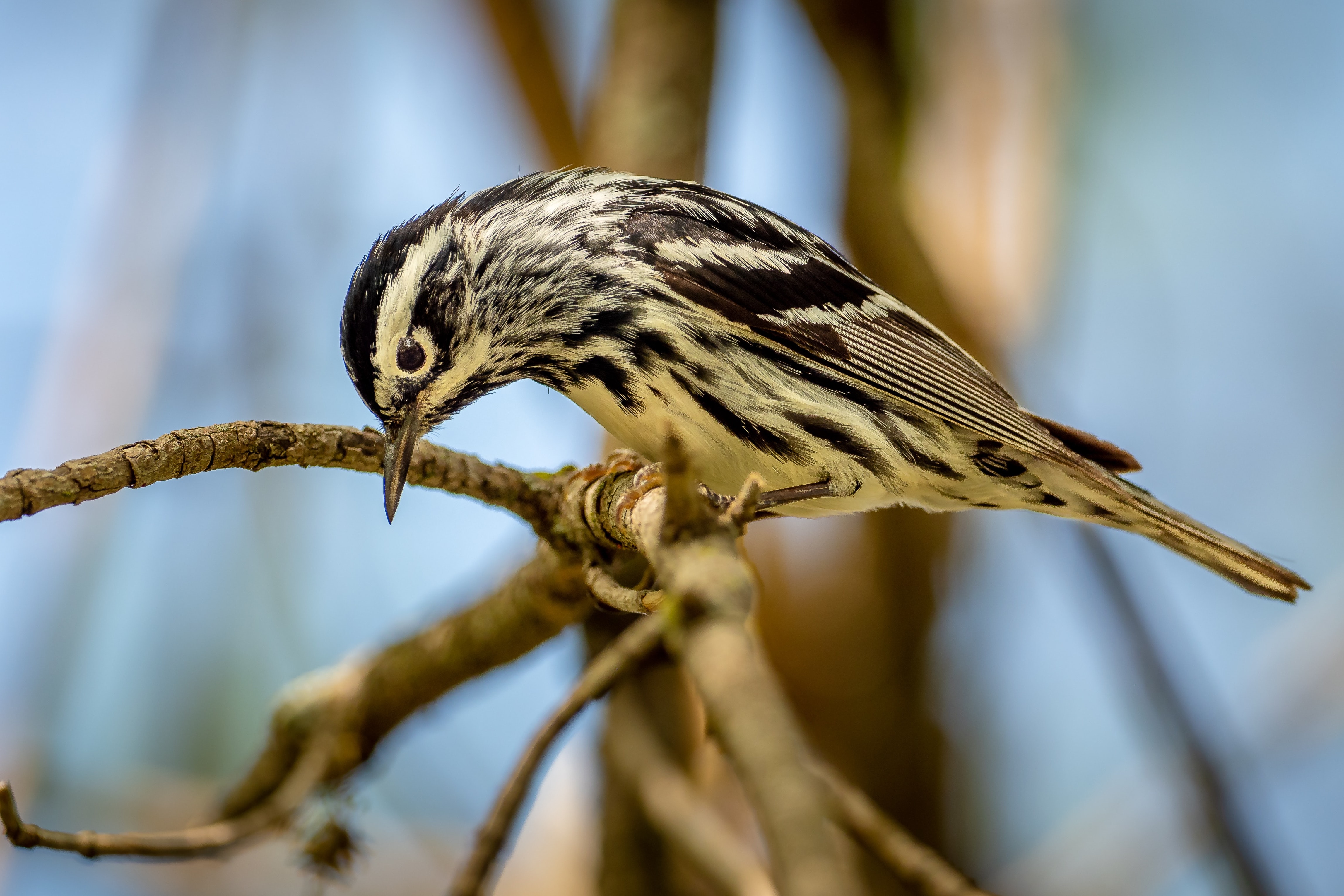 Recently, my morning Qigong* routine is breaking one of the cardinal New Age rules by including my mobile phone in the background—running Merlin, the bird identification application.

Merlin is remarkable if not miraculous on so many levels: the program, what it identifies, and the feelings it inspires to appreciate. (How’s that for a rationalization?)

Flying beings inhabiting the same space as we are, singing, calling, and communicating vast amounts of information which most of us, including me, are unaware of.

On a typical 30-minute practice session, I will record 20+ species calls and songs as noted below. Rarely, though, do I see them, as they are flying high, dancing, singing, and playing from tree to tree.

This week, one Merlin experience transcended all others that I would like to share.
After my Qigong practice, I reviewed the below list and noted I was unfamiliar with the Black & White Warbler. So, I played its calls and songs. I did this a few times and out of the black locust tree flies almost within arm’s length, a Black & White Warbler who landed on the neighboring lilac bush. I played the songs and calls again, and the Warbler repeated its dance.

The elation I experienced is beyond expression. The reason for the ecstasy is obvious. It was connection. I touched a connection that we all yearn for, a connection with something bigger than individual and isolated self.

So I return to my favorite expression and mantra from ancient China...

Photo by Patrice Bouchard on Unsplash

All Diseases Begin in the Gut

This is Part One of the 3-Part Video Series "The Wiser Approach: A Holistic Approach" with Master...

If you have heard that it’s a good idea to boost your immune system, especially during “immune...

In a previous blog, we explored the possibility of a balanced immune response, one that is wiser...